I remember, as a young girl, being at my Aunt Flo’s house in Chicago. Eating Uncle Mel’s Risotto. Loved it, and have looked for it ever since. Always disappointed when ordered at a resturant, it would come to me white.  Uncle Mel’s is red. 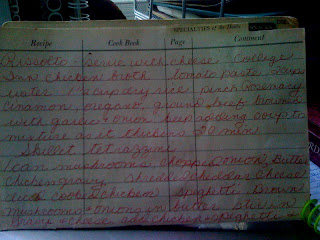 Gathering recipes, I found the large recipe cards with my mother’s handwriting.  Recipes she had copied from my father’s recipes, which were his mother’s.  The first dish: Risotto cooked with tomato paste. I thought- this must be it!  Finally.


Yesterday, was busy.  There has been a death in our family. Travel arrangements were being made, and I was off to have my first lunch since moving to California with a non-family member.  I was gone most of the day. Risotto was on the menu, and I wondered if today was a sensible day to try, not only a new recipe but a dish I’d never made before, with scattered directions written by my mother. 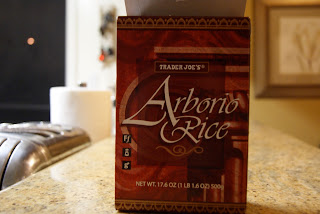 I sauteed garlic and onion in some butter. Added ground beef. Browned. Stirred in the tomato paste. Added a pinch of rosemary, oregano and cinnamon, and after tasting, I’d add much more. Then, I added the Arborio rice. On the box, it said to wait to add chicken stock until rice was translucent. I didn’t wait, and it was my downfall. Pay now. Pay later. Either way, we must pay. Pay in the way of patience, in this case. 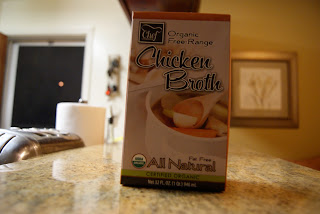 It was late. Remember- long day. Not even sure I should attempt it. My kids were hungry.  I started adding broth before the rice shown clear.  As each cup of broth absorbed, I tested. Crunchy. Too chewy. Damn. All this food going to waste. And then I broke one of Gino D’Acampo’s cardinal rules: (a name I didn’t even know until one of my “Tweeple” tweeted, arboria rice, according to Mr. Gino, isn’t the best rice to use for risotto) I put the lid on the risotto. I had to. How else would it steam enough to soften.

It cooked an extra 20 minutes, but eventually, after some sticking to the pan, it was done. No longer crunchy and chewy. New recipe challenged. Patience learned. Children fed…and they added more seasoning. 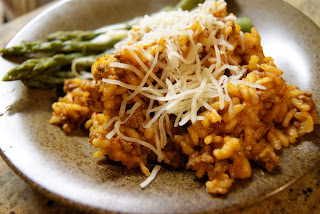